The Travel Information Council is hiring for multiple positions, in multiple locations around the state of Oregon.

Are you seeking an opportunity to shape the quality and features of Oregon’s Highway Rest Areas to tangibly improve the experience for the millions of travelers who use them each year?

Here is a list of all of our current open recruitments: 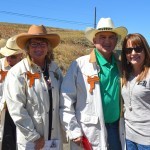 On August 6, 2015, a new Oregon historical marker was dedicated by the community of Pendleton and Oregon Travel Experience. The marker’s installation and historic text revision was sponsored by the 2015 Leadership Pendleton Class. A brief ceremony took place in front of the new marker on the eastern end of Pendleton, along Highway 30.
OTE’s Annie von Domitz and Oregon Historical Marker Committee member George Forbes attended the dedication and …

In 1870, Israel Fisk Eddy purchased land that is now Eddyville and built a sawmill and gristmill, using a small dam on the Yaquina River to supply the power. He is known as the founder of Eddyville and is also known for his fondness of trees. According to a local publication, “Eddy had a fine orchard in Eddyville. One man …

Reuben Shipley was born a slave in Kentucky and emigrated to the Willamette Valley over the Oregon Trail in 1853 with his enslaver, Robert Shipley. In return for accompanying the family to Oregon, Reuben was given his freedom and worked for Eldridge Hartless on a farm south of Corvallis. He saved $1,500 with which he purchased 101 acres of the Charles Bales’ Donation Land Claim.

Mary Jane Holmes was born in … 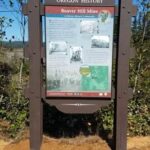 Coal was first discovered in Coos County in 1853, and several mines opened before R. A. Graham and J. D. Spreckles and Brother Co. of San Francisco decided to run a spur of their railroad, the Coos Bay, Roseburg and Eastern, to a hill near Beaver Slough. The railroad reached Beaver Hill on August 22, 1894, and construction of houses and a store quickly got underway. The company town prospered … 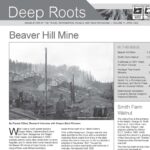 While a lot of the events and projects were put on hold for most of the past two years the Historical Markers and Heritage Tree programs have been hard at work still looking for interesting and diverse stories of Oregon’s history to tell. It was quite a task to try and condense all of the amazing work being done by these committees and community volunteers into four pages, but we …

The walnut tree at the entrance to the historic George W. Smith Farm on S. Coos River Road in Coos Bay, Oregon, was originally planted by William D.L.F. Smith in 1865. Smith included the walnut in a grouping of four trees along with Chinese Chestnuts when the farmhouse was built. This tree has been an important community landmark for generations. … 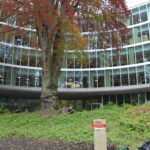 When you walk down the campus of Portland State University (PSU), it’s hard not to notice the lone beech tree surrounded by the sides of the Millar Library. This tree has witnessed a lot of life in its 100+ year life span. The PSU Copper Beech was planted in the early 1890s at the home …

In the 1850s, at the request of Congress, several expeditions were launched to survey possible railway routes to connect the Pacific Ocean with the Mississippi River. Under this directive, then Secretary of War Jefferson Davis (later president of the Confederacy), charged Lieutenants Robert Stockton Williamson and Henry Larcom Abbot with surveying a possible route between Fort Reading, California, and Portland, Oregon, either through …

Heritage Tree Committee member David Hedberg has completed another great video about the newly inducted Williamson-Abbot Tree located in Whispering Horse Camp in the Deschutes National Forest. He worked in collaboration with the forest service and Dr. David Lewis to tell the complex story that made this tree notable. 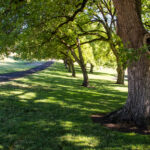 This remnant English walnut orchard is an example of the thousands of acres of walnuts planted in western Oregon in the early 20th century when walnuts were heavily promoted as the perfect crop for high returns. However, wet fall weather and late harvests meant California was more competitive for holiday markets. After the 1962 Columbus Day Storm toppled many of the trees, walnuts never recovered, …