The Council is composed of eight volunteers appointed by the Governor and one member of the Oregon Transportation Commission. At least one appointee must reside in each of Oregon’s five congressional districts. The Council meets quarterly to fulfill its mission of creating a great visitor experience by providing directions to destinations, connecting travelers with Oregon’s resources, and ensuring safe and convenient travel.

See a full list of the benifts of serving on a Council or Committee. 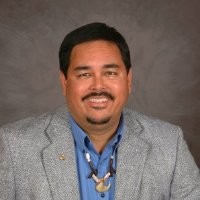 A native Oregonian, Bob Garcia has served Confederated Tribes of Coos, Lower Umpqua and Siuslaw Indians in a variety of capacities since joining the Tribal Council in 2001, including eight years as the Council’s chairman.

Now a small business owner in Florence, Garcia's recent executive experience includes a decade as Assistant General Manager of Three Rivers Casino Resort. Previously, he served as Economic Development Director for the Tribes, Treasurer of the Oregon Tribal Gaming Alliance, and as a member of the Executive Committee of the National Indian Gaming Association. He has served on the board of numerous charities including as President of the Florence Rotary Club and Rotary Foundation. Bob is in his second term as a Commissioner of the International Port of Coos Bay.

Garcia notes: “Oregon Historical Markers are a particular interest of mine as I have seen the program work to update and revise dated and historically inaccurate markers to reflect a broader and culturally more diverse story of the ten thousand plus years of habitation in our state.”

Garcia lives with his wife, Wendy, and their family in North Bend. 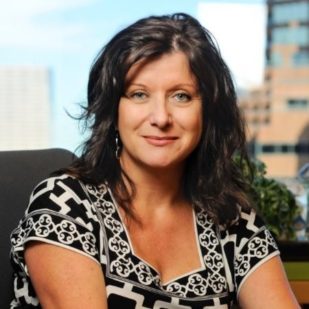 Susan is the Executive Director of the Building Owners and Managers Association of Oregon (BOMA Oregon) since 2005. Earlier, she served several non-profit organizations, including the American Cancer Society. At BOMA Susan has been involved in many statewide issues that affect Oregonians and visitors to our state. She is experienced in statewide policy-making and the legislative process. She has served on several state boards and commissions. 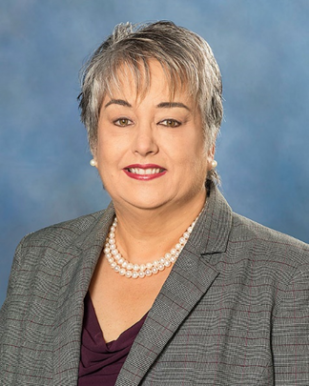 Current Term: Appointee of the OTC

Current Term: 7/1/2019 - 6/30/2023 Eliza E. Canty-Jones has served as Editor of the Oregon Historical Quarterly since 2007 and Director of Community Engagement at the Oregon Historical Society since 2013. She produces scholarship, public programs, and organizational partnerships that advance complex and diverse perspectives on Oregon’s past. She holds an M.A. in Pacific Northwest and Public History from Portland State University and a B.A. in English from St. Mary’s College of Maryland, where she was founding co-editor of SlackWater: Oral Folk History of Southern Maryland. Eliza was co-founder and served as President of the Oregon Women’s History Consortium, which created the statewide centennial project, Century of Action: Oregon Women Vote, 1912–2012.

Michael Card is the CEO and Chairman of the Board of Combined Transport, Inc., located in Central Point, which was founded by his father in 1980. Card was born in and continues to raise his own family in Oregon. He plans on providing insight into the trucking industry, which will help guide the Council and its decisions.

"If people work together, we can make things better for everyone in Oregon and those who visit." 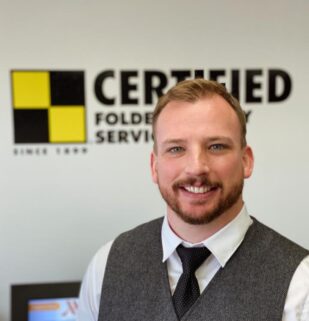 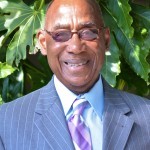 Ed Washington comes to the Council with a wealth of expertise in management and in community diversity. Washington obtained his bachelor's degree in Liberal Arts and is employed with Portland State University (PSU). He enjoys helping Oregon's citizens and travelers find essential services on the highway, and in making their motoring experiences memorable.

Ed also is active on the agency's Historical Markers and Heritage Tree committees. In his "leisure" time, Washington likes to read, golf, and garden. However, his volunteer work with Life Works Northwest keeps him fairly well occupied.

A native Oregonian, Valerie is originally from the Portland area but has lived in Central Oregon since 2005. She studied at Boston University and OSU – Cascades and has worked in tourism since 2008, after transitioning from the software industry. She has been with Visit Bend for ten years. In her free time, she enjoys skiing, movies, and travel.