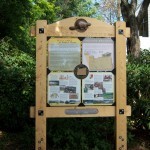 Welcome to Southern Oregon
Southern Oregon is a land of great geographic diversity. Here are the more than 250-million-year-old Klamath Mountains in the south, and to the north and uplifted 50-million-year-old ocean floor and overlying sediments, called “Siletzia” by geologists. To the east is crystal clear crater lake nestled in ancient volcanic Mount Mazama, and beyond it are Basin and Range fault block mountains separated by lakes such as Summer Lake, Lake Abert, and Upper and Lower Klamath Lakes.

The complicated geological processes that formed the fascinating rocks of southern Oregon also produced the area’s mineral deposits- among them gold, mercury, and nickel- and its complex and varied topography, which has influenced the patterns of lives of people who have lived here for thousands of years.

This part of Southern Oregon – “The Land of Umpqua”- is characterized by forested slopes that are dissected by the canyons and valleys of the Umpqua River and its tributaries, interspersed with oak savanna lands, grassland hillsides, and volcanic bluffs.

The central valleys of “The Land of Umpqua” have provided abundant resources to support human life for thousands of years.

A Rich Landscape
Common foods included acorns, hazelnuts, huckleberries, and camas tubers. The rivers offered a variety of salmon as well as steelhead, trout, and lamprey eels. the surrounding hills held elk and deer. The region became the homeland of the Kalapuya, Yoncalla, Takelma, and the Cow Creek Umpqua Indians.

A Trade Route
The valleys also provided ready passage for north-south trade along what is known historically as the Applegate Trail. Railroads and roads followed the route, developing into the Interstate 5 highway corridor. The first Euro American presence came in 1836, when the Hudson’s Bay Company established Fort Umpqua near present-day Elkton to trade with the Indians for beaver furs. By the 1850s, gold discoveries to the south near Jacksonville dramatically increased travel through the Land of Umpqua on the Applegate Trail.

A Conflict of Interests
The area’s Indian population had been severely weakened by introduced disease early in the 19th century. Conflicts with American miners and agricultural settlers led to the brutal Rogue River Wars (1851-1856), after which most of the area’s Indians were forcibly removed to coastal reservations. By the 1860s, towns such as Roseburg and Elton were founded as trading centers for farmers who raised wheat, fruit, and livestock.

A Quicker Route
A railroad from Portland, first reaching Roseburg in 1873, connected the Umpqua region with California in 1887, and opened new markets for local wheat, fruit, and lumber.

Harvesting the Forest
For most of the twentieth century, the region’s economy was based in timber, agriculture, mining, and tourism. Federal timberlands supplied much of the Ponderosa pine and Douglas fir logs for lumber mills located in Glendale, Winston, Riddle, Roseburg, Sutherlin, and other towns.

Cultivating the Land
Fruits such as prunes and grapes have been a major crop. The area’s hops were exported as far as Germany for beer production. Dairy cattle and poultry were important, as Oakland became the center of turkey raising on the Pacific Coast. Winemaking, revived in the 1960s, grew into a major regional industry by the late twentieth century.

Wealth in the Land
Small-scale gold mining began in the 1850s and continued through the 1930s. A nickel mine near Riddle was the primary domestic source for metal from the 1950s until 1987.

Recreation
The rivers that define the area provide a great variety for recreation. While the North Umpqua River charges through a landscape of dense forests and deep canyons, the South Umpqua River follows a more relaxed course through open stands of Ponderosa pine and hilly grasslands. The rivers meet and join in the Umpqua Valley, the heart of “The Land of Umpqua.”