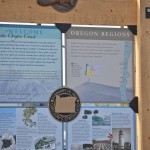 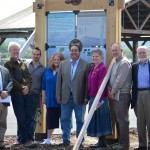 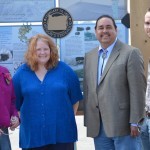 Welcome to the Oregon Coast

The Oregon Coast boasts forested headlands, towering dunes of sand, and sparkling lakes and rivers. From the Columbia River south to Bandon, the picturesque coastline is bordered to the east by the peaks of the Coast Range Mountains. These peaks are the remnants of a chain of volcanic islands that collided with the North American continent some 50 million years ago. The rugged southernmost section of the coast is quite different geologically, and is dominated by the jagged Siskiyou Mountains.

The Siskiyous were formed at different geological times and in different ways, forming a complex mass shoved together by plate tectonics. The folded, metamorphosed, and faulted rock, from 400 million to 100 million years old, includes belts of differing rocks. The Siskiyou Mountains are a region of extraordinary ecological richness due to the many and varied minerals to be found there.

Before contact with Euro Americans in the nineteenth century, the Native American people of the Southern Coast developed cultures supported by abundant food and a mild maritime climate.

Early Inhabitants
The Siuslaw and Coos, and Athabaskan-speaking peoples including the Coquille, Tututni, Chetco, Tolowa, and Lower Umpqua shared a similar environment, sustained by salmon, smelt, acorns, deer, and a wide variety of edible plants and berries. Living in permanent villages near the shore, the Native Americans also traveled to inland summer camps to gather food and game.

A Rush for Gold
Before the 1850s, few Euro Americans had contact with the Indians of the Southern Coast, which was isolated by rugged mountains and lacked good harbors.

Then, gold discoveries in the Siskiyou Mountains suddenly brought thousands of prospectors and adventurers. Even the sands yielded gold, reflected in the name of the town of Gold Beach at the mouth of the Rogue River.

Rogue River Wars
The resident Indian bands resisted the tide of newcomers, but after the Rogue River Wars of 1855-1856, they were unable to prevent the forced removal of most of their people. Despite the lack of any ratified treaty agreement, most were marched to a reservation many miles to the north. A few managed to remain in settlements such as those on South Slough and along the Siuslaw River.

Goods by Sea
During the 1850s, small harbors were developed at Gardiner on Winchester Bay, and on Coos Bay. There, goods from San Francisco were unloaded to supply miners working further inland. By the 1870s, settlers on Coos Bay had discovered coal. This was shipped to San Francisco, often in locally-built wooden sailing ships. The first commercial salmon cannery opeed on the Rogue River in 1876, and lumber mills also contributed to the Southern Coast economy before World War I.

Goods by Land
A railroad from the Willamette Valley reached Coos Bay in 1916, providing a new outlet for timber products. Huge lumber operations were centered on Coos Bay and anchored the economy until the 1980s.

The development of the Oregon Coast Highway during the 1930s aided other enterprises, such as dairying and the growing of lily bulbs and cranberries. The highway also attracted tourists to the scenic coastline and to the huge sand dunes south of Florence, which were established a a federal recreation area in 1972.

Tribal Lands Again
Beginning in the 1970s, the Coquille Tribe and the Confederated Tribes f Coos, Lower Umpqua and Siuslaw Indians successfully re-established a portion of tribal lands and governance in the Southern Coast region. Among their enterprises are casino and hotel operations, forestry, and cranberry growing and marketing.

Current Economy
In the 21st century, the Southern Coast looks to tourism and recreation, such as the renowned golf resort at Bandon, and fishing an boating on the Rogue River, for economic support. Timber production, dairying, cranberry growing, and commercial fishing continue to add to the economy as well.