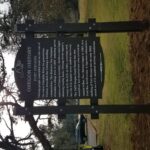 Clatsop people controlled trade on this side of the lower Columbia River for generations. Visitors described the Clatsop’s bustling communities. The Hudson’s Bay Company attacked a village here in 1829, believing untrue rumors of Clatsop hostility. Settlers soon began claiming nearby lands. Clatsop chiefs signed a treaty with the U.S. in 1851, reserving land, but the U.S. Senate never ratified the treaty. The 1855 Oregon Coast Treaty was also unratified, but reservations were created for coastal tribes. Fort Stevens began in 1863, as a Civil War fortification. A Japanese submarine’s shelling of Fort Stevens was the only WWII attack on a U.S. mainland military installation.