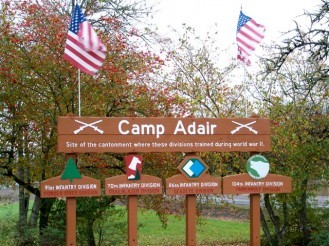 SITE OF THE CANTONMENT WHERE THESE DIVISIONS TRAINED DURING WORLD WAR II.