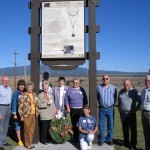 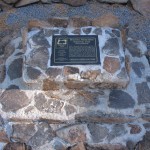 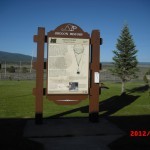 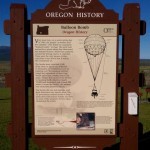 Subject:  Japanese “Balloon Bombs” used in World War II, caused the only casualties of the war within the continental US

Very near here, on a warm spring day in 1945, six people- a woman and five children- were killed by a Japanese “balloon bomb,” or Fugo. The party had arrived for a picnic when they discovered the deflated balloon. While they gathered around the strange device, it exploded. These were the only civilian casualties of the war within the continental US.

The bombs were launched 6,000 miles away in Japan and deployed in retaliation of US bombing raids on Japanese soil.  The Japanese military hoped that squadrons of these Fugo would ignite fires, creating terror and panic.  Despite the success of the devices in reaching North America(nearly 10,000 were launched, and at least 300 made it across the Pacific), the mission was ultimately deemed a failure.

Few bombs did any real damage, and most detonated over remote areas.  The US government ordered media to keep silent about the balloon bombs, and with no news of the weapons’ arrival, japan abandoned the attack.

Fugo balloons were made of glue-laminated mulberry paper filled with hydrogen.  At 33 feet in diameter, they carried up to 1,000 pounds of machinery, ballast and explosives.  The balloon machinery was cleaverly engineered.  The device stayed aloft using an altimeter to trigger the release of ballast when the balloon sank below a critical elevation.  Once all the ballast had been deployed, each fugo released its bombs, then self-destructed.

The Mitchell Recreation Area is named in honor of Elsie Mitchell, the local pastor’s wife.  The five children who died with her in the balloon bomb explosion were Richard Patzke, Joan Patzke, Edward Engen, Jay Gifford and Sherman Shoemaker.

This marker was made possible through funding by: