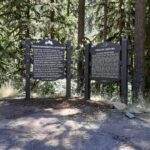 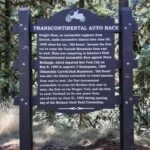 There is another marker at this same location:  Santiam Wagon Road