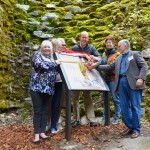 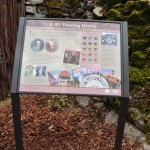 Double Visionaries — Graves and Gruber
Graves asked Gruber about the device he carried consisting of two cameras mounted side-by-side on a tripod. Gruber described his work to create a 3D viewing device. That evening, they met in the Oregon Caves Chateau, and their conversation led to the transformation of Gruber’s invention into the product we know as the View-Master viewer. This 3D viewer was produced by postcard company, Sawyer’s Inc. in Washington County, Oregon for decades. View-Master is now owned by Mattel, Inc.

Gruber personally conceived of and produced many important educational projects, including the “Stereoscopic Atlas of the Human Body,” which contained 221 reels detailing parts of the body. During World War II the U.S. Armed Forces commissioned View-Master reels for use in various training activities.

3D Imaging Over Time
Sir Charles Wheatstone determined that we see depth from combined views of the left and right eyes. He translated this discovery onto paper prints that were viewed through devices called stereoscopes. Many models of 3D viewers have followed. View-Master offered a small, portable device with a wide variety of reels as well as a camera for consumers to create their own 3D images.

This marker was made possible through a sponsorship by Illinois Valley Community Development Organization.