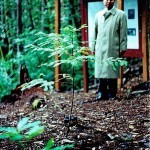 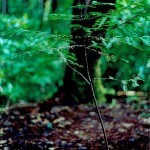 This Coast Redwood was planted in 1992 at the site of the only Japanese aerial bombing of the continental United States on September 9, 1942. The tree was planted by the pilot of the submarine-delivered reconnaissance plane, Flight Officer Nobuo Fujita. The bombing of the continental United States was in retaliation for the Doolittle raid on Tokyo in April 1942.