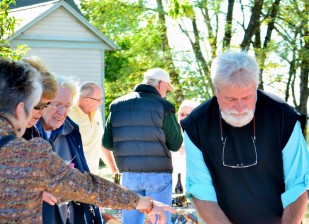 Oregon’s Indian summer provided a halcyon backdrop for the last 2012, OTE heritage event. On a balmy Friday afternoon in early October, a small crowd gathered under a thick canopy of leaves at the Shipley-Cook Century Farmstead. The farm’s owner, Rick Cook, greeted guests enthusiastically—inviting them to sit and enjoy the rustle of the breeze in the historic trees overhead. The Oregon Heritage Tree Committee and Oregon Travel Experience held the event in honor of the surrounding grove—where many of its trees are close to one-hundred years old.

Committee member Molly McKnight led the nomination process, which culminated in the grove’s induction into the 20 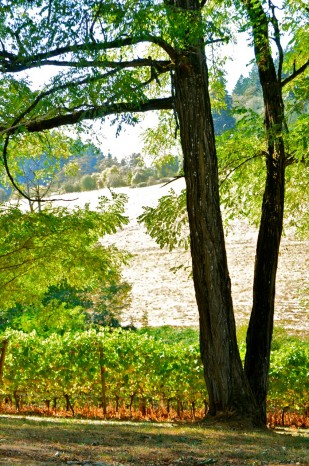 12 Class of Oregon Heritage Trees. McKnight researched the grove’s historical roots­­—compiling a detailed study about the farm and its owners’ achievement in Oregon agriculture and horticulture.

The farm’s original owner, Adam Randolph Shipley, had a strong affinity for horticulture. Shipley was one of the first settlers in the area to import and grow grapes. He also had a special fondness for trees and planted many stands, including the honored grove. Shipley served as State Grange Master and was appointed to the Board of Regents at Oregon State Agricultural College. 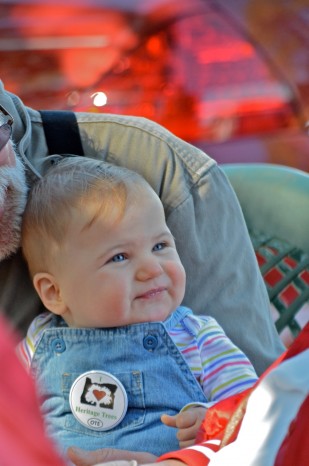 oyed a young iron worker by the name of James Preston Cook to help around the farmstead. Cook worked for Adam Shipley and later on (following Adam’s death in 1893), for Adam’s son Randolph. In 1900 James Cook had saved enough money to buy 131- acres of the farm, including the original farmhouse and outbuildings from Randolph. Cook, his wife Susie, and son William continued the Shipley legacy of planting trees, adding to the original collection.

The Shipley-Cook Farmstead is now in the capable hands of James Cook’s great-grandson, Rick Cook. Rick has made it his life’s work to preserve the farm’s history. His passion for the family farm and regional history extends to trees—Rick helped plant several yellow buckeyes within the honored grove.

Following a small walk to unveil the new plaque at Stevens Meadows, dedication attendees sampled homemade cookies (from one of the farm’s heritage recipes) and sipped wine from Eugene Wine Cellars, one of Rick Cook’s vineyard customers. Several of the wines produced by the winery include their b2 label. At the close of the ceremony, a presentation bottle of b2 was gifted to the Oregon Heritage Tree Committee in honor of the Shipley-Cook Grove.