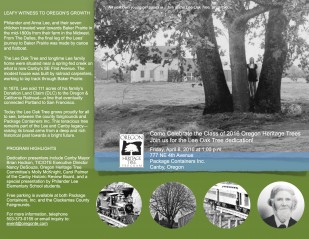 Oregon’s Heritage Tree Program inducted the Canby ‘Lee Oak Tree,’ a 146-year old specimen of Oregon botanical history as part of its Class of 2016. Finding the tree is easy—it’s located at 777 NE 4th Avenue, between Package Containers Inc., and the Clackamas County Fairgrounds.

*Enlarge the invitation by clicking on the image.

About the Lee Oak Tree 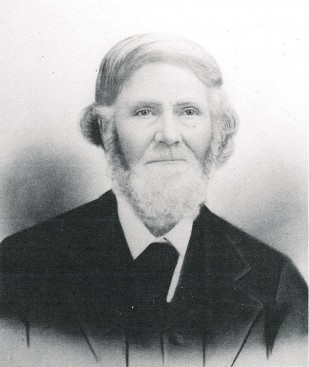 The Lee Oak Tree belongs to the species Quercus garryana (Oregon white oak) and stands 89 feet tall. The immense tree has a unique feature—its trunk is divided into three stems, and most likely began life as three separate saplings in 1869.

Settling in the Baker Prairie region (as Oregon Trail pioneers), Philander and his wife, Anna, commissioned a home to be built by carpenters from the Oregon & California Railroad (O&CR). The Lees sold a portion of their original Donation Land Claim to the railroad in 1870. This paved the way for the O&CR to complete their Portland to San Francisco line and broadened agricultural trade in the Willamette Valley.

The Lees were important contributors to the economic growth of their community. Prior to the railroad, steamboats carried agricultural goods into Oregon City and Portland markets from Baker Prairie. Moving perishable items by rail was imperative if the homesteaders hoped to attract new residents and establish a municipal government. 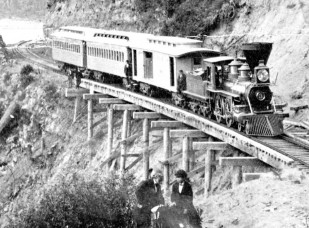 Congratulating the City of Canby 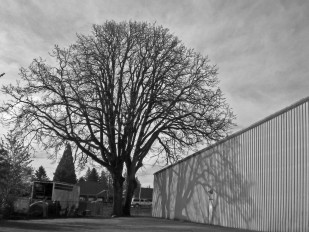 “Throughout a multitude of changes, the Lee Oak Tree survived,” said OTE Heritage and Community Assets Officer Annie von Domitz. “It’s presence is easily noted and the tree has become a local landmark for Canby residents and school children.”

Von Domitz noted that Package Containers, Inc. invites students to visit the site to study Oregon and Canby history, where the tree becomes a tangible connection to their studies.

“This tenacious tree remains part of the Lee and Canby legacy—raising its broad arms from a deep and rich historical past towards a bright future,” said von Domitz. “We are grateful to the City of Canby and to our historical and heritage partners for their extraordinary efforts to include the Lee Oak Tree in the Oregon Heritage Tree Program.”