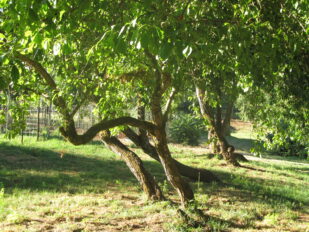 The Oregon Heritage Tree Committee has created a brand new award! The Heritage Tree Hero award recognizes individuals and groups that view Oregon’s history from the perspective of the trees that witness/are witnessing it. Tell us about an inspirational individual or organization that is engaging communities through education about the importance of trees and raising awareness about Oregon’s history told through trees and forests. We encourage nominations that tell the stories of historically under-represented communities whose contributions are an integral part of Oregon’s history.

The committee would love to have as many nominations as possible to look over for this first year so the application deadline has been extended until April. Any applications received after the deadline will be kept on file and considered for the next year’s award. Award designees will be notified in March and recognized at an award presentation ceremony held during Oregon Arbor month (April) each year. Emailed nominations are preferred.

Your completed nomination form may be sent to: